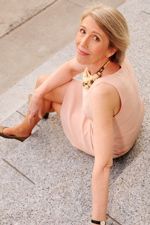 Suzanne Tevlin is an artist, art historian and writer. She has lectured on the history of art at the University of Toronto for several years, as well as at USMC, OCAD, Parsons-Paris and virtually every major Museum in Europe and North America.

She is the author of "The Conspiracy of Silence; Gericault's 'Raft of the Medusa' and the Abolitionist Movement". She is currently working on a second book entitled "The Invisible Woman: Searching for The Black Female in Western Art".

As an international lecturer and artist she spent 12 years in Europe during which time she did research and  lectured  at  Le Musee Ephrussi de Rothschild and La Villa Kerylos in France. During her time in France she also founded "The Tevlin Perspective: Art History from the Artist's point of View".

Suzanne has had numerous exhibitions in Paris, Monaco, along the Cote d'Azur and in London, as well as in Canada. She is represented in collections throughout Europe and North America. 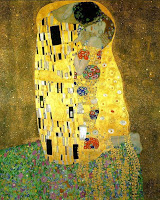 Most recently Suzanne was the only Canadian artist to be invited to take part in GOLD at the Belvedere Museum in Vienna. Curated by art historian, professor and writer Thomas Zaunschirm, it included works by Gustav Klimt, Caspar David Friederich, Joseph Beuys, Lucio Fontana, Yves Klein, Georg Baselitz, Robert Rauschenberg, Andy Warhol, Damien Hirst and others.

Please feel free to send your comments or suggestions to me at
suzannetevlin@sympatico.ca